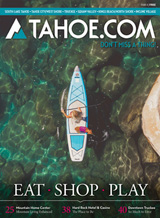 A North Tahoe Tradition For Over 30 Years

Walking into Rosie’s Café, in the heart of Tahoe City, is like taking a step back in time. Each of the antique and vintage pieces, as well as the building tell a story about Tahoe’s past.

Originally opened as a grocery store, the building itself has been providing Tahoe City residents and guests with year-round dining since 1964. Every piece hanging in the restaurant has a unique story which lends traditional character to Rosie’s Café. The deer and elk chandeliers were brought from the Tahoe Tavern’s main dining room, a grand hotel on Tahoe’s west shore that housed guests from 1901 until 1964, when it burned down. According to bartender Dennis Loo, many of the other animal heads are "on loan to us from people who had them in their houses and their wives wouldn’t let them have them anymore."

Adding to the history is the 19th century ski paraphernalia, which of course couldn’t be left out in Tahoe. Lying in the rafters above the bar is the first cut of the “Big Tree”, a 120 year old Jefferson pine tree that served as the center (or stopping point) of Tahoe City before it was cut down in 1994. It is now a wood carving located across the street. In addition to all the animal trophies and ski equipment, just as apparent are the numerous bikes, which include a 1951 Black Phantom Wizzer and a 19th century Penny Farthing.

Rosie’s Café's owner has been adding to the antique collection since he bought the restaurant in 1989. One thing has remained the same: The café continues to be a family restaurant that offers a menu as eclectic as its décor, to meet the tastes of all ages.

Rosie's Café’s objective is to fill the void between fine dining and fast food. "We want to cover everything, and be a friendly family restaurant" Loo says. The menu covers everything from salads, burgers, steak, pasta, seafood and vegetarian style dishes. We have also added pizza. As one of the only places on the lake that is open for breakfast, lunch and dinner, you are likely to satisfy your craving with one of our signature dishes. 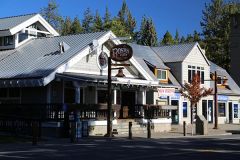 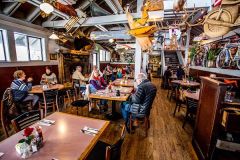 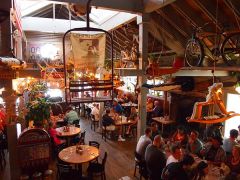 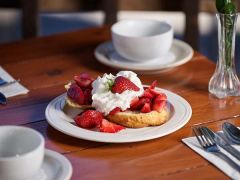 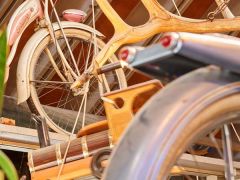 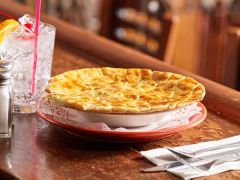 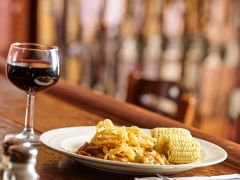 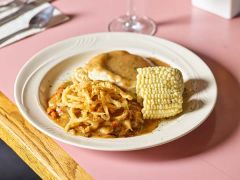 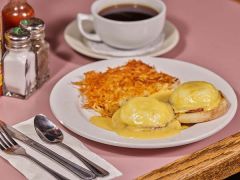 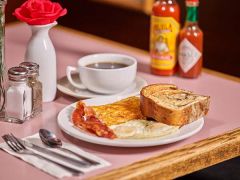 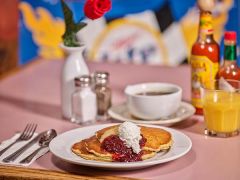 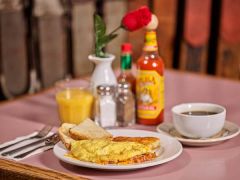