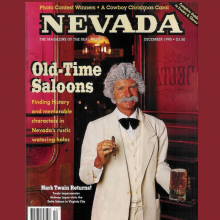 So, are we going to save ourselves or press the snooze button?  I read an article in the New York Times by Damien Cave that gave me a shiver of renewable hope that there might be a mere mortal out there who could actually, should prayer fail, save us.  Andrew Forest is his name, an Australian mining magnate who is coming in out of the cold to perhaps take the lead in the climate change revolution.  Go Andrew!  I only weigh 150 pounds, and you can see my haymaker coming from last week, but I’m at your back.

Dr. Forest, 59, a billionaire several times over, $20 billion actually, tells his 15,000 iron ore workers, “You guys are going to be at the forefront of turning the world green.”

But how?  Well, he’s betting that his $30 billion dollar company, Fortescue, can produce five times more renewable energy than the Australian power grid.  He intends to produce green hydrogen by splitting water with electricity from renewable energy.  Then he will sell that hydrogen to the world’s factories and mills.  The supply chain to deliver hydrogen from Australia to the world is already in place, still, this is no small wager, even by Nevada standards.

For starters, Dr. Forest has promised to deliver hydrogen-fueled haul trucks next year followed by drills, trains and processing plants, all to run on renewable energy.  That involves decarbonizing trains, ships and mining equipment, all to be fully operational in 2022. This herculean effort could put Fortescue on the road to becoming the world’s foremost leader in renewable energy.  And yet the ultimate goal is to produce their own green steel, formed entirely with renewable energy.

Then what we need to see happen is for other industries to come onboard, for only when the biggest emitters of carbon can make money while improving the health of the planet will we finally see change on a vast scale.

Can Dr. Forest provide some ethical and moral vision to the entrepreneurial process?  Well, yes, he is rallying support from members of the United Nations’ COP26 climate conference of this month in Scotland.
In the race to pave the first electrochemistry pathway to steel, Andrew Forest is willing to lay his entire $20 billion fortune on the climate catastrophe crap table.”  Fortescue has set an ambitious goal of supplying over 16.5 million tons of green hydrogen annually by 2030, more than the entire world is currently producing.  So let’s roll the dice…

Nearly all of the workers interviewed by Cave expressed relief: “Finally they could participate in a solution to climate change, getting past tired culture war politics.”

Apparently, Andrew Forest is living by what his mother once counseled, “Enjoy your life, but make sure you’re as useful as you can possibly be.”  For most of us this might be a new way of conducting ourselves.

In closing, I want to thank Times reporter Damien Cave for bringing this momentous moment to our attention, and oh, I saw a license plate on a Tesla today that also gave me a shiver of renewable hope, “ZERO C.”